The Sprint in Geneva has been a bustling experience, there’s huge amounts of throughput from every participant, and seeing the progress is exciting. There will be a great many blog posts from many people with thrilling progress. I can’t spoil everyone’s work, but I can share at least a few things.

The first is weather! It was previously announced that Plasma 5.6 will be seeing the return of the weather widget. Lots of design work and planning has been done for it and while not everything we discussed will make it in for this release I do happily get to show off our new Breeze weather icons; 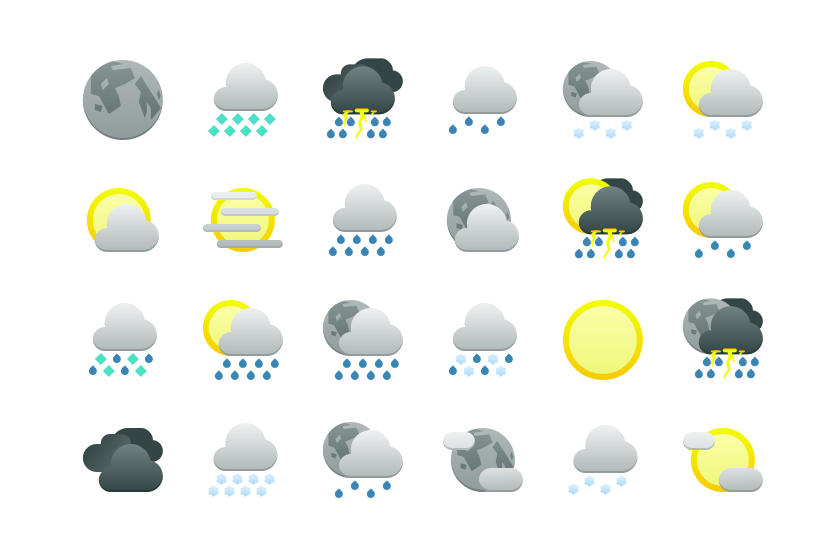 There’s more which will be added, but this is the base set which reaches parity with the Oxygen weather icons. Things like high wind, smog, and sandstorms are all in the works.

I’m very excited to announce an updated colour palette. The palette that we’ve been was the formal ‘core’ Breeze colours with an few extended colours I threw in for icons. While it got the job done, we’ve very obviously been using colours not in the official palette for icons using pastels and off-white tints on several occasions. The extended colours were also a bit ad-hoc, with some cases where gaps in hues and luminosity would limit what we could do if we rigorously adhered to the scheme – one thing I did in the wallpapers . Here’s the third iteration of our palette; 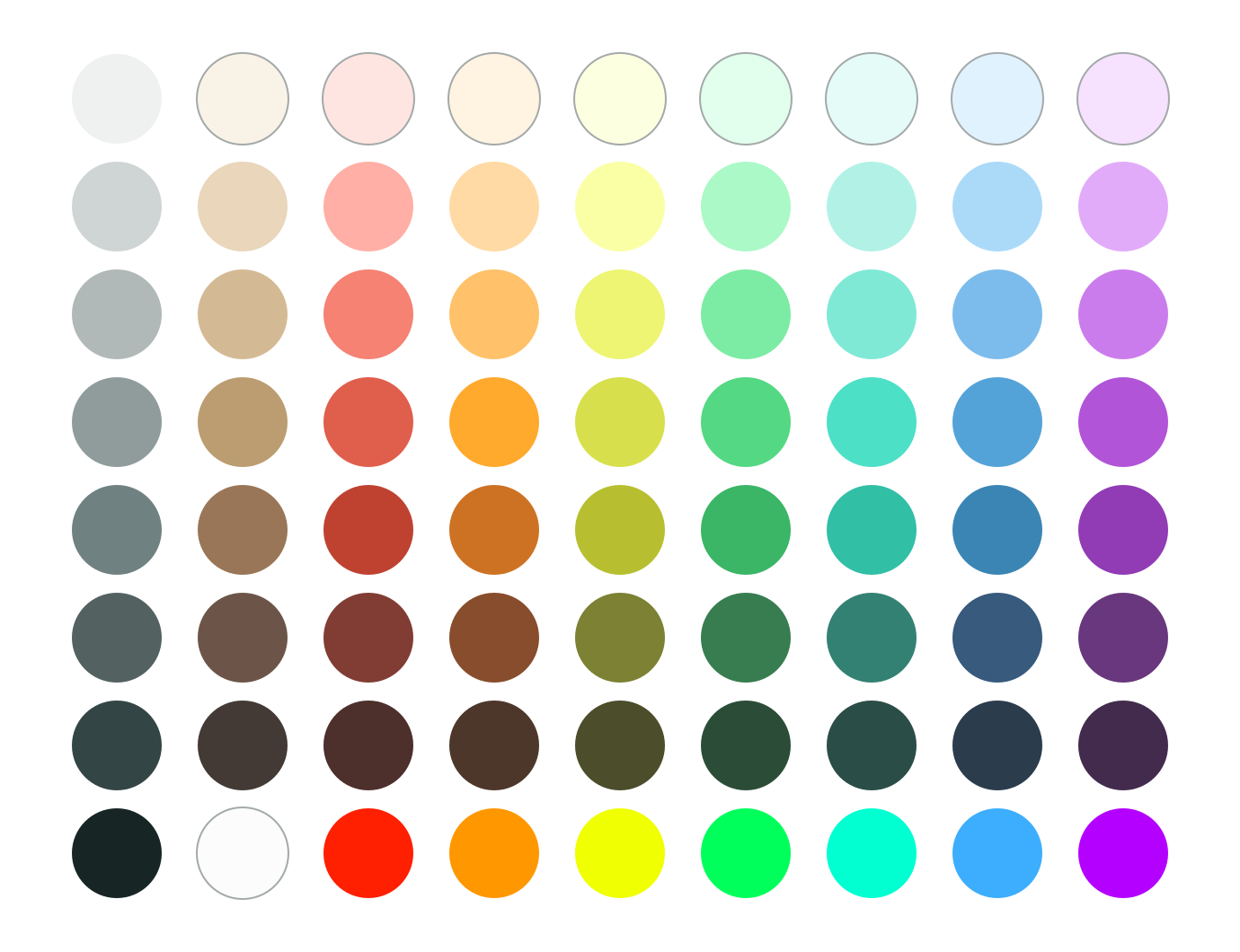 It’s not yet in the wiki, but we do have it in GPL format for use in Inkscape, Krita, and GIMP (special thanks to the colour dropper widget which greatly speeded up the process). It’s not completely 1:1 with our existing colours, but it’s close enough and we’ve played loosely enough that it’s not obvious which upcoming icons use the new palette and which use the old. Eventually we may look at more formally updating existing icons, but it’s a low priority. I’m very excited for what this palette will let me do with wallpapers, as I can now make brighter wallpapers without them being over-saturated.

There’s so much more happening, but it’s impossible to write about every detail.

Support the great work of passionate Contributors via the links below!
Via Paypal for one-time donations
Become an ongoing supporter and official supporting member