This year for Halloween I wanted to make a pumpkin-head scarecrow. The rest of the costume didn’t quite work out, but the mask did, and I took pictures of the process; 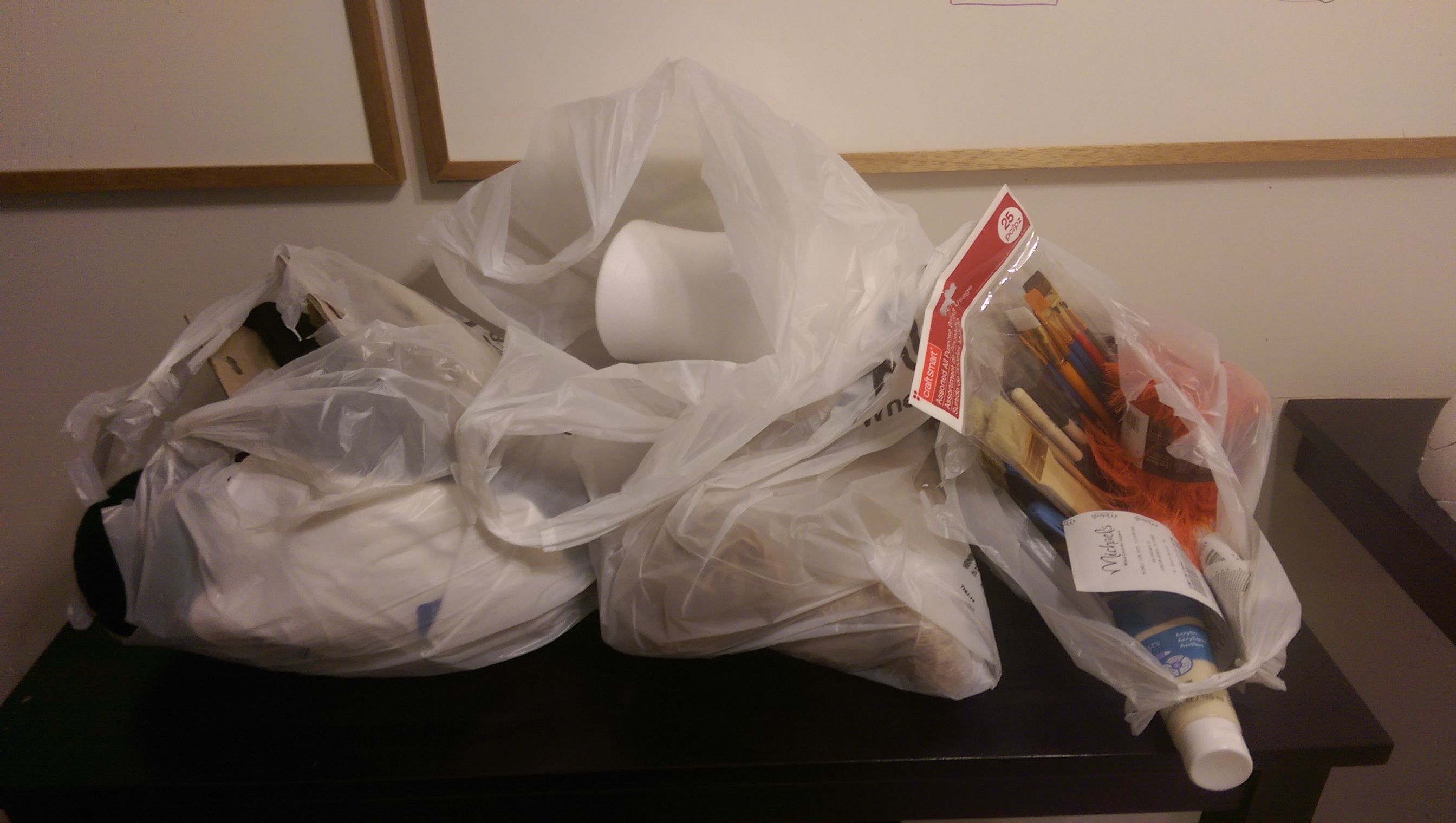 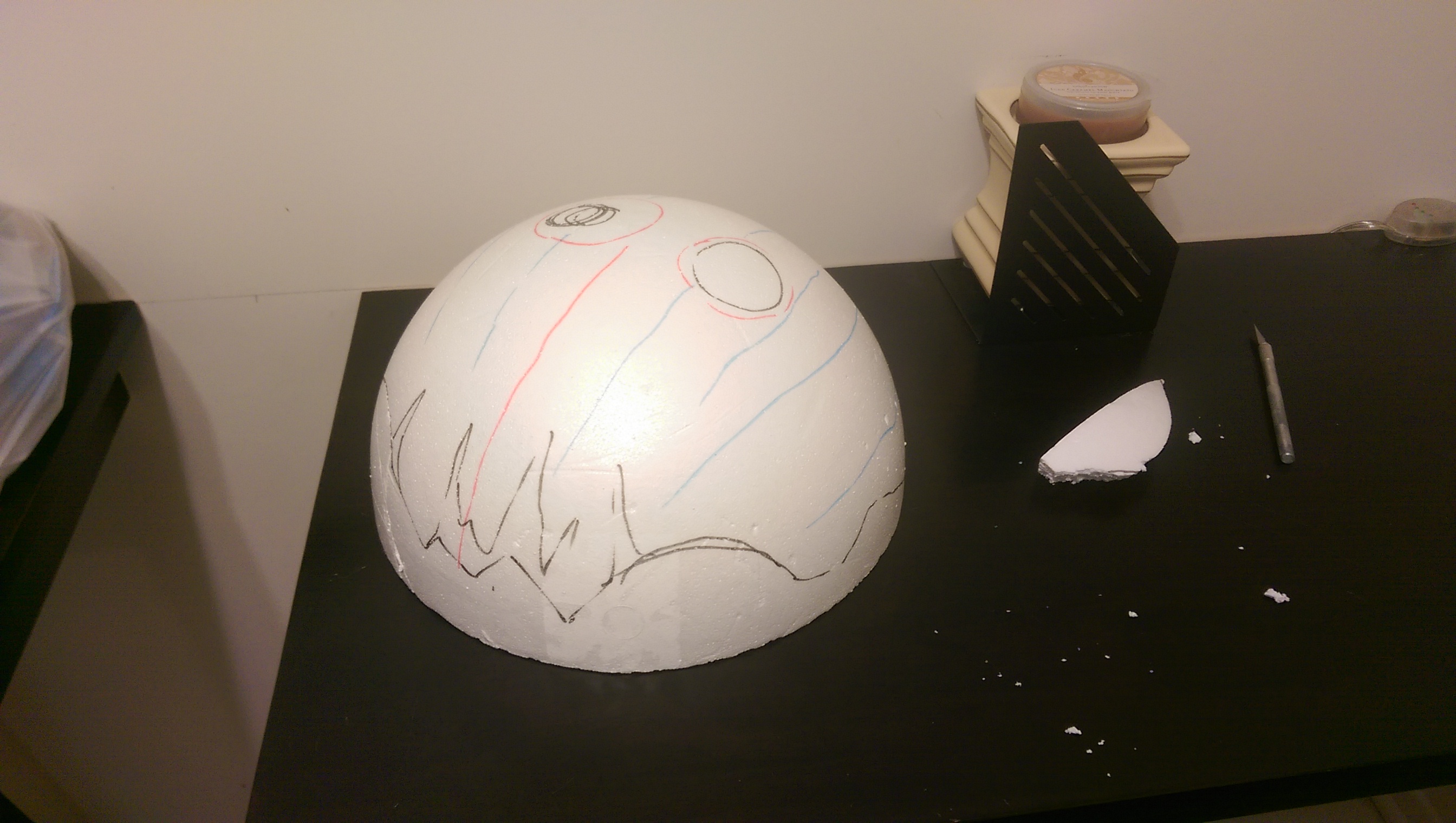 I had a Styrofoam dome which was the base; first thing I did was mark it up with the design. 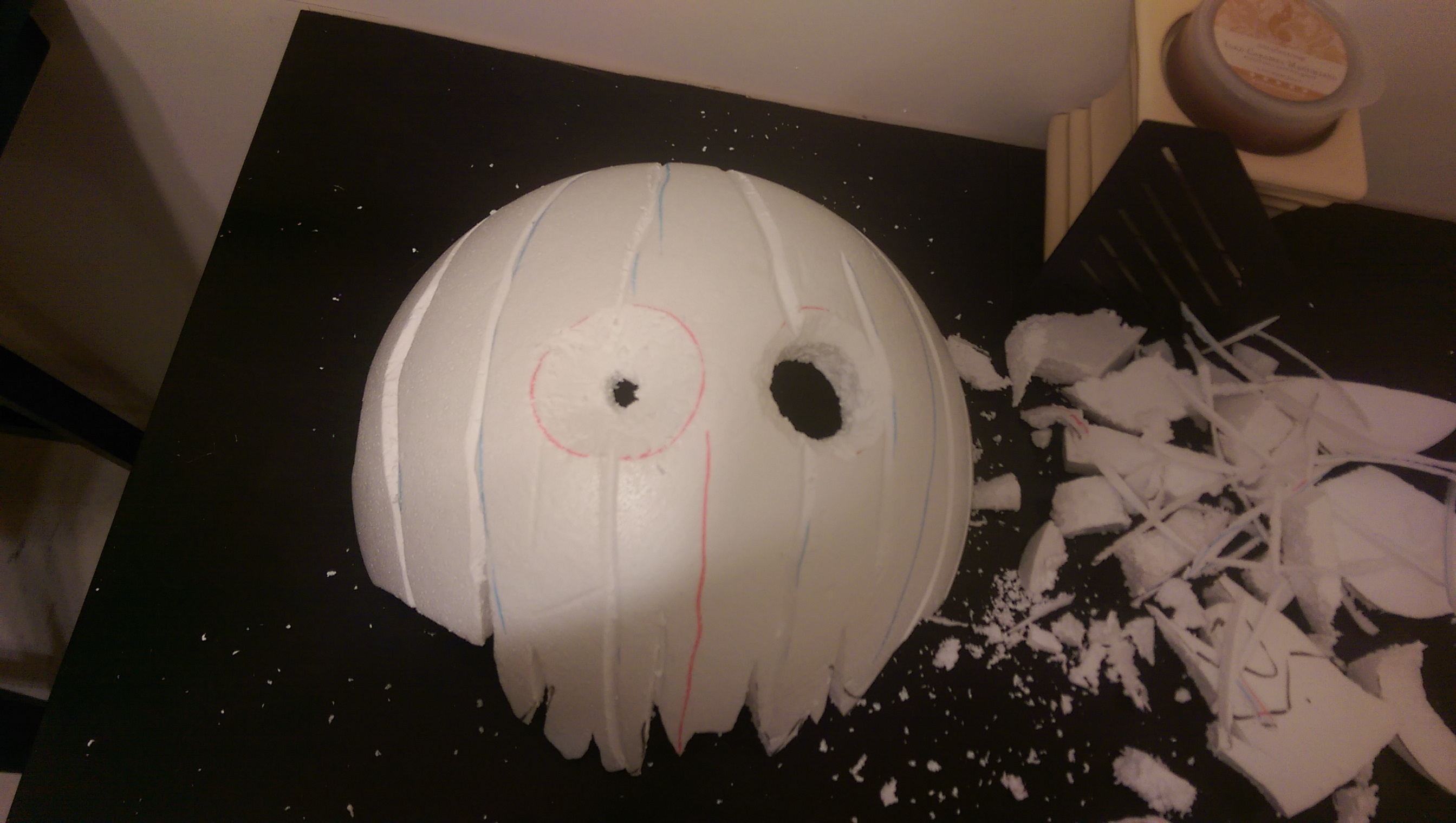 Basic reference carving, got the shape out. I used a scalpel for the initial carving, but later I switch to a bread knife to speed things up. 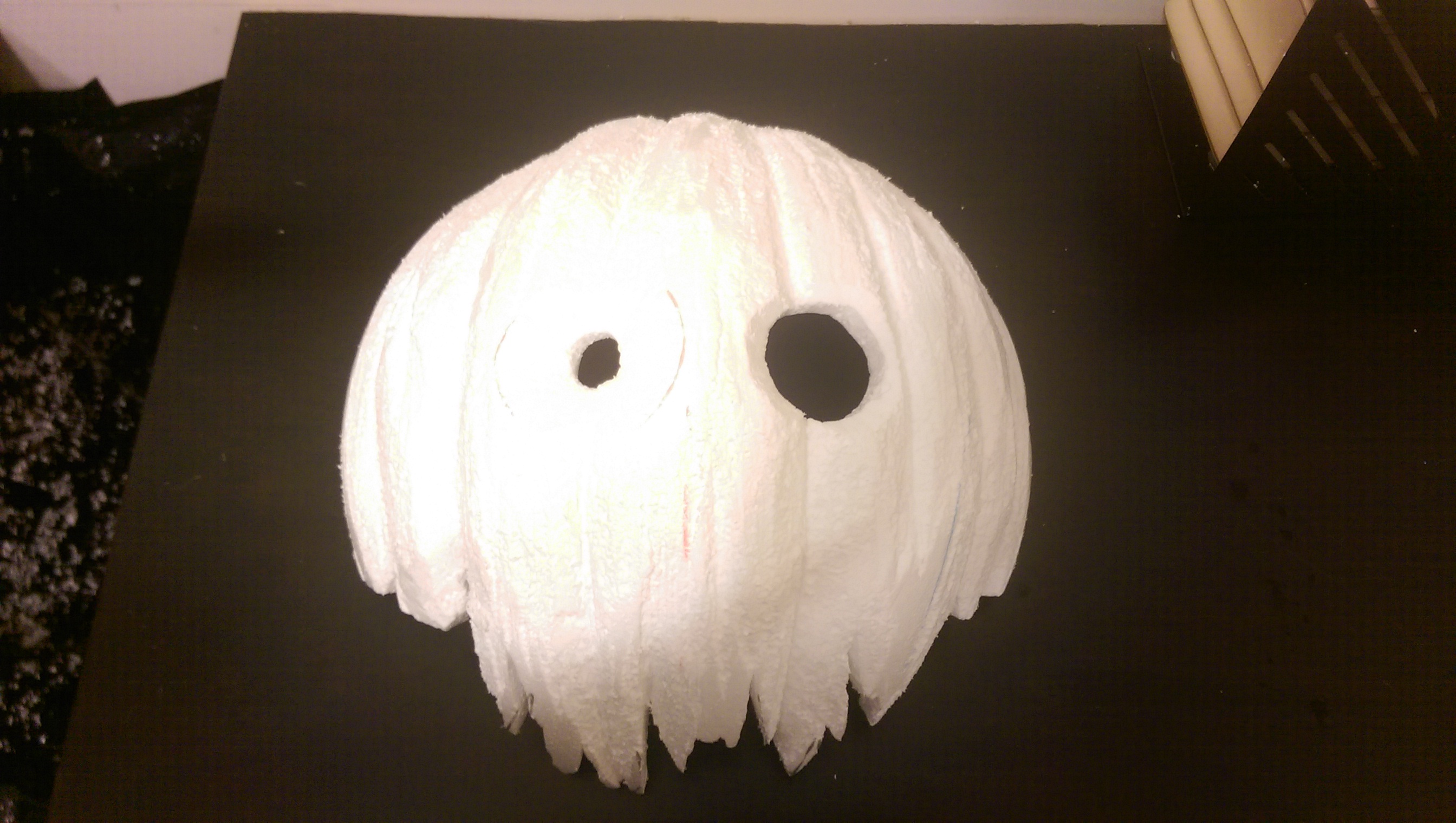 First round of paper-mache. I used bathroom tissue, glue, and a small amount of water. I mixed it into a thick paste and painted the mache on. Taped a garbage bag to the side of my desk because Styrofoam was getting EVERYWHERE. Didn’t help at all. 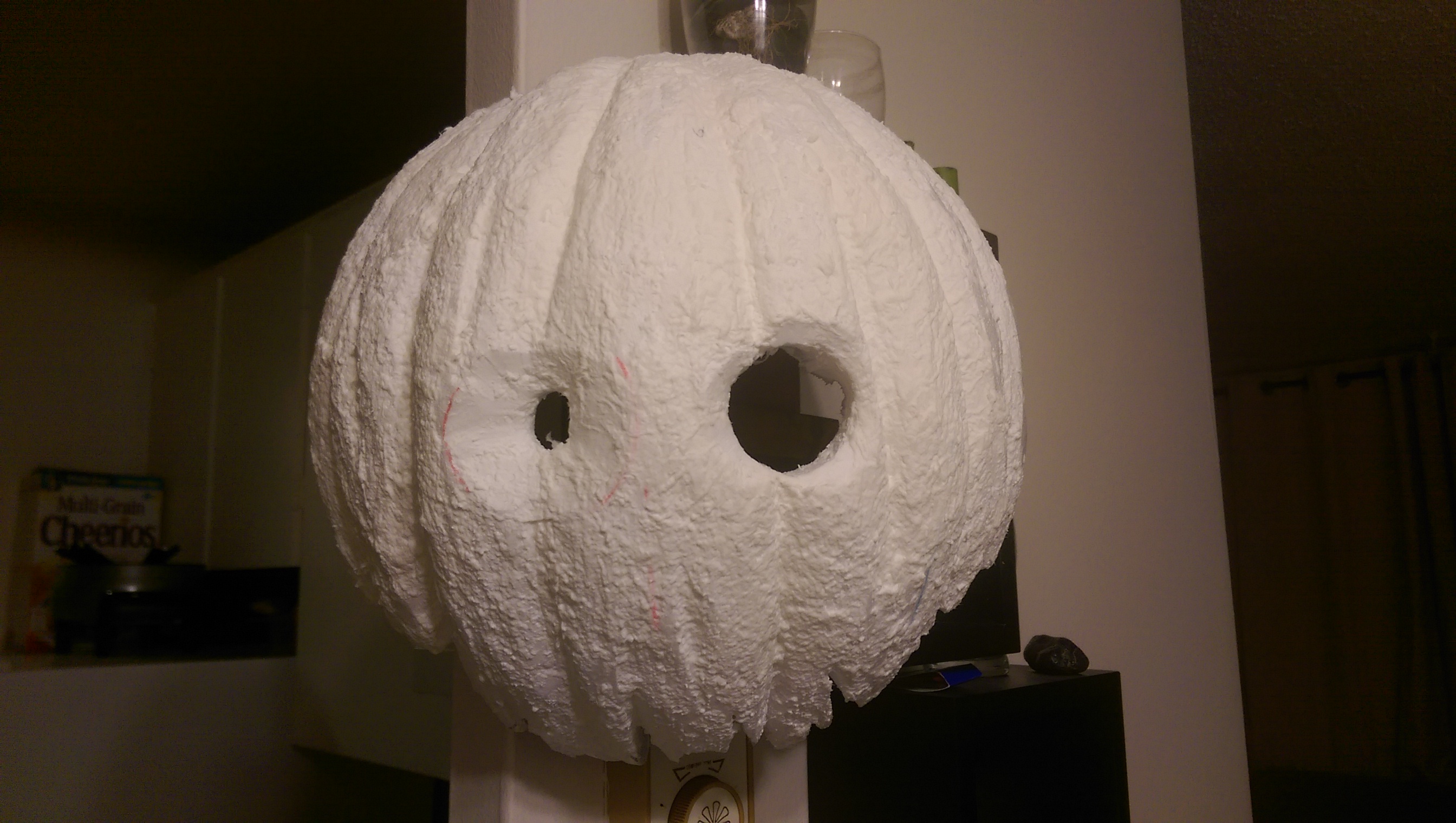 The first round of paper mache dries. Coated the inner side of the dome with straight-up glue. Still not sure why, seemed like the thing to do. 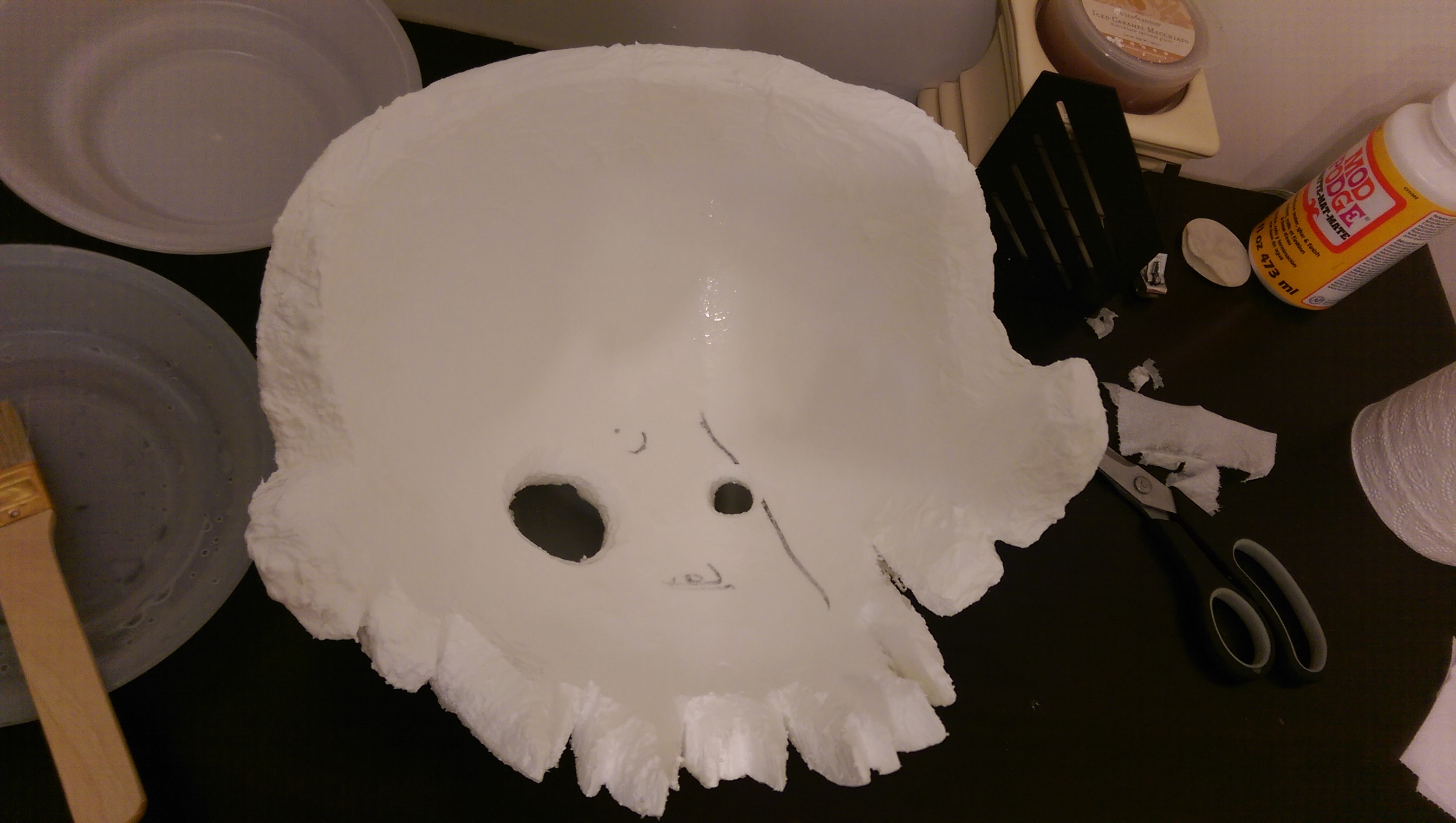 Close-up of the inside. 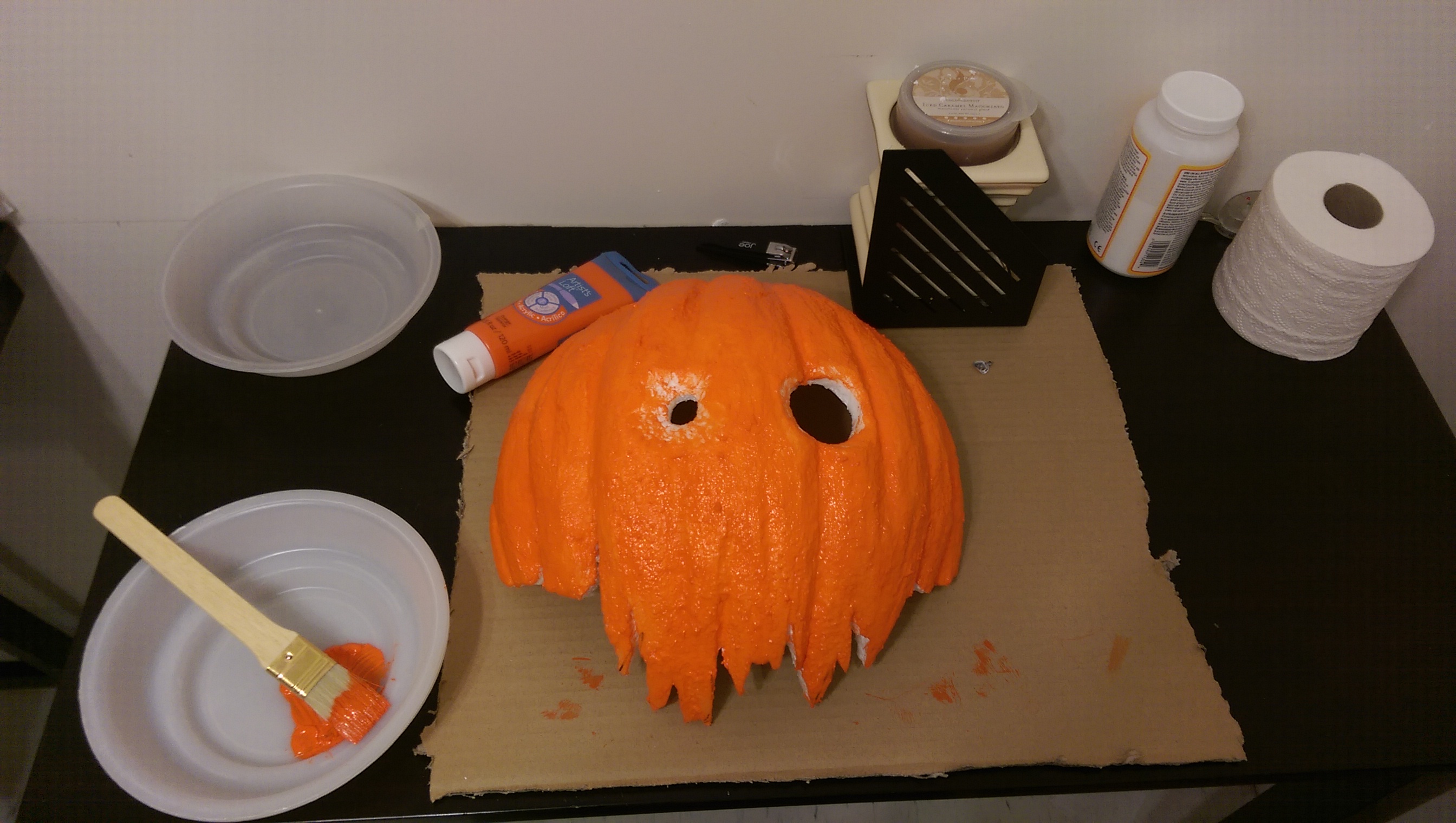 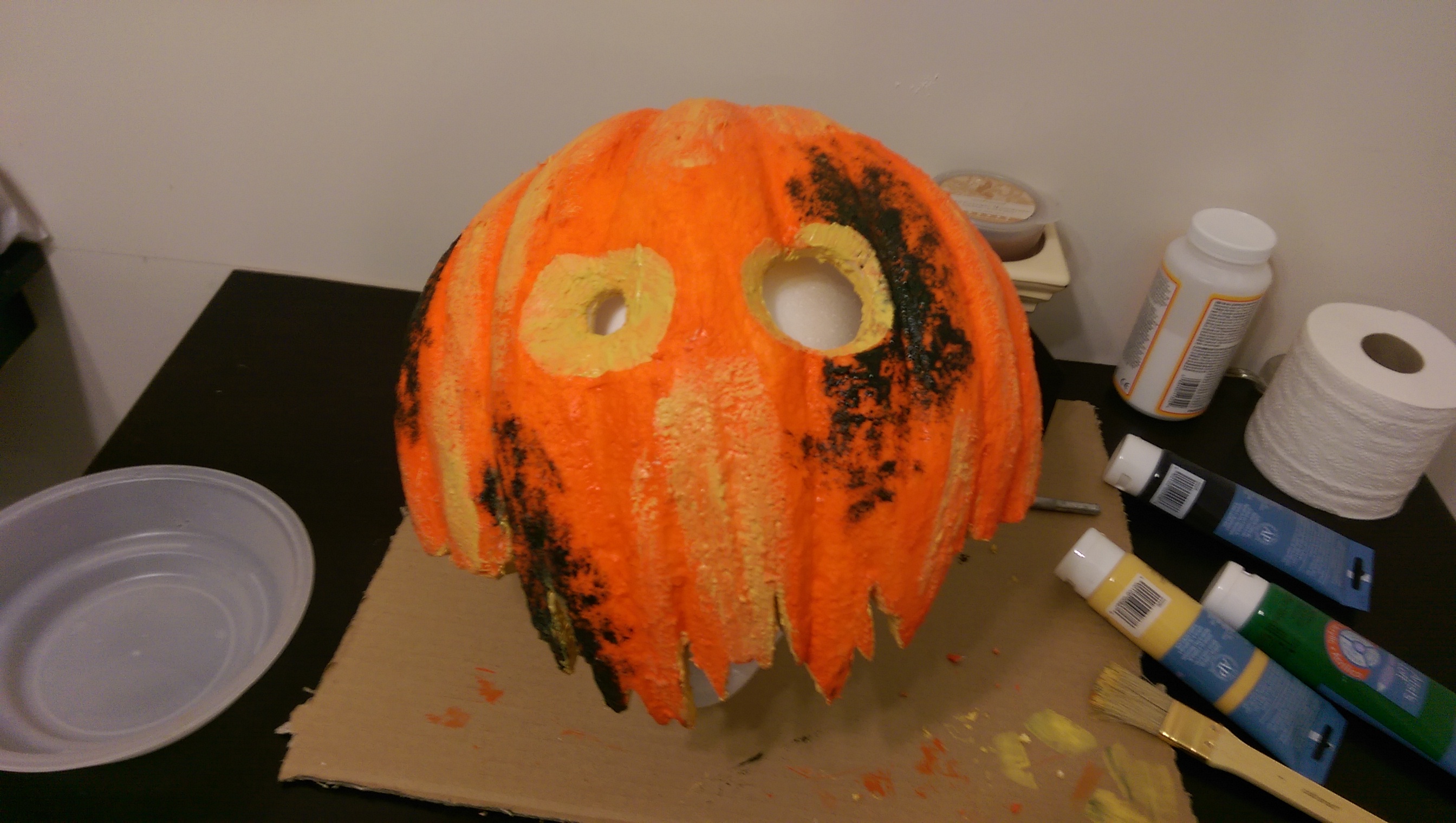 Pumpkins aren’t just orange; there’s some green veining under the skin in some places, and also areas which are lighter. So I added that to the pumpkin. Areas which are especially dark will be where I apply the spotting you see on some pumpkins to give it a more “imperfect” look. 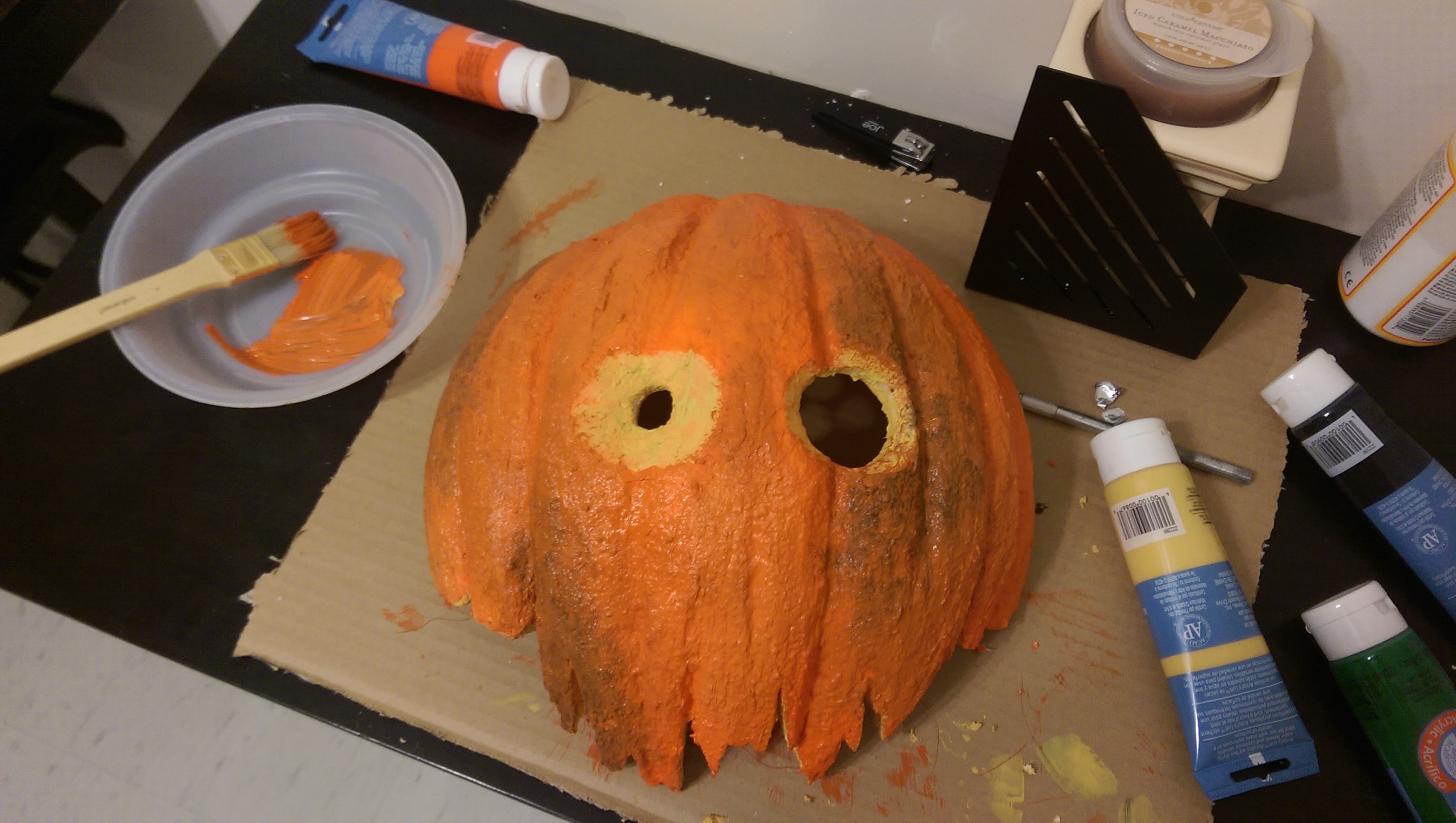 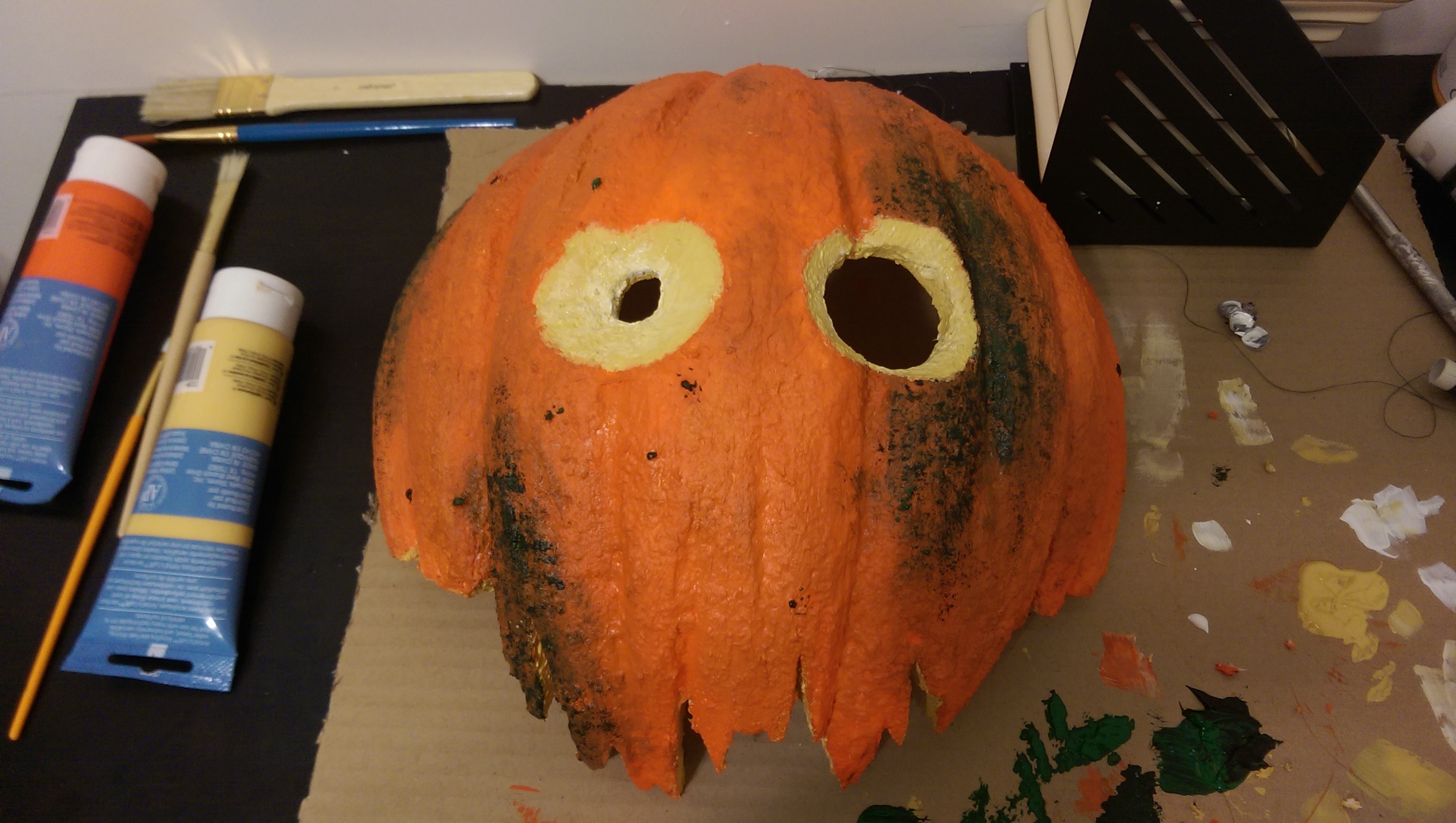 I add the spotting I mentioned over the darkened areas. I purposefully allowed some of the still-wet green paint get onto the brush so the colours would be less uniform. I sanded down the larger green “blisters” and glues the straps on. Finished! If I feel like keeping this thing around for whatever reason, I’ll go a goat of glue as a poor mans’ sealer. 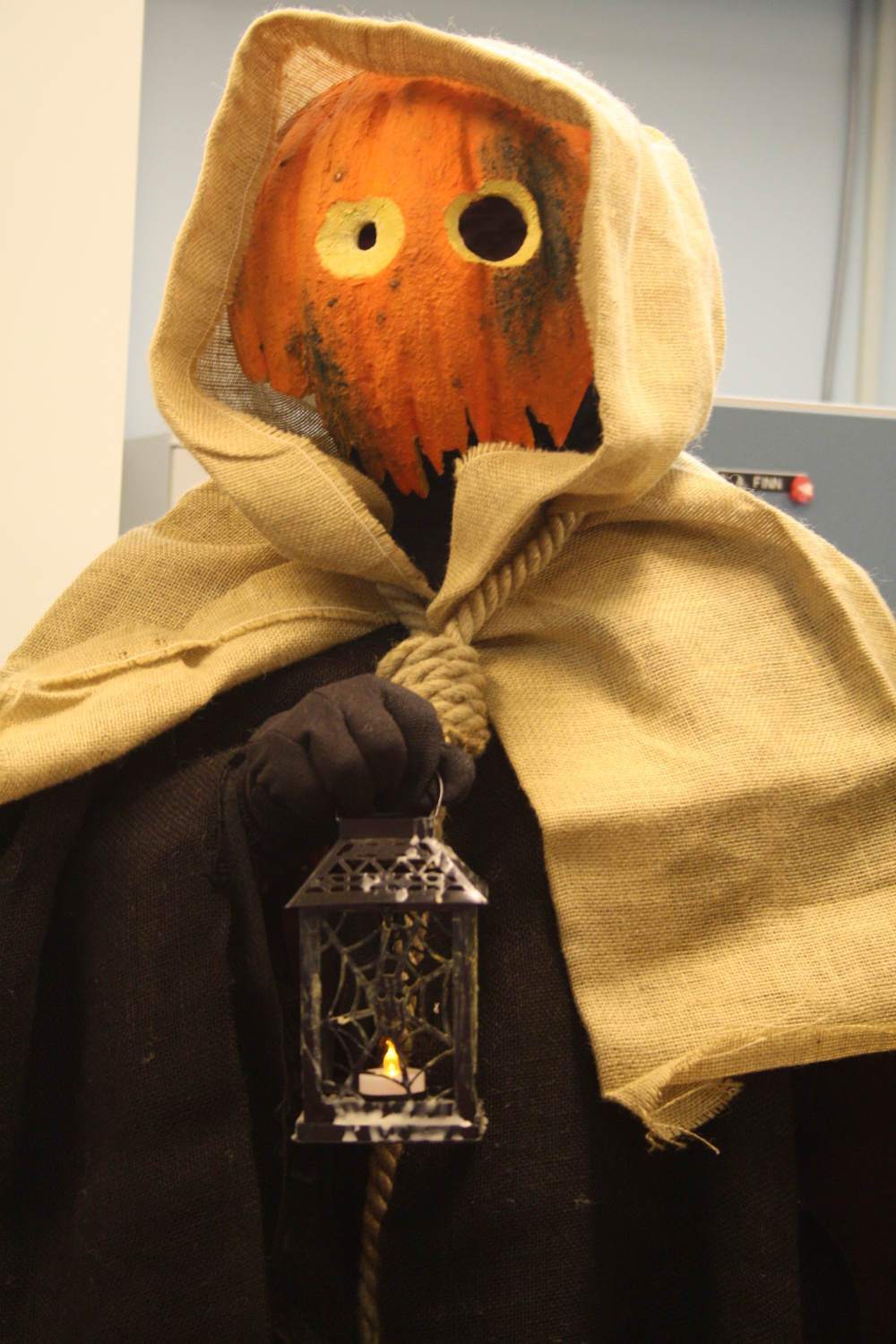